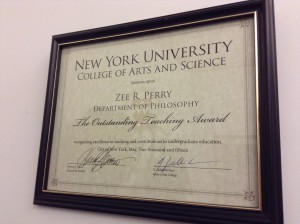 T.A.-ing for Tim’s course “Philosophy of Physics – Space and Time” was, without a doubt, the most fun I’ve ever had teaching! This award is an indicator of just how extremely lucky I was to teach a topic I care about to such an amazing class of students. The students were extremely eager to learn and patiently put up with my weird examples and excessive use of props. They reached out to me outside of class to discuss the material and were enthusiastic during recitation. Students like that make things so easy and so fun!

The Metaphysics of Quantity conference is a three day conference to be held at the New York University Philosophy Department, with support from the New York Institute of Philosophy, on the weekend of May 1st through May 3rd, 2015. It aims to showcase new work on the nature of quantitative properties and relations. By quantities we mean to include physical magnitudes—like mass, electric charge, or velocity—as well as other gradable features—like spicyness, population density, temperature, (aesthetic/moral) value. The Metaphysics of Quantity Conference will include both invited talks and talks based on submitted papers, as well as a keynote address by Brent Mundy of Syracuse University.

[Hi all! This is my first foray into academic blogging. It comes not so much from a long-harbored love of bloggery but from a desire to keep my thinking clear and simple while I write. As such, this will probably resemble a chunk of an extra-accessible (modulo written-by-me) paper rather than a genuine academic blog post. If I find this useful, I might start writing things just for this blog, but until then this is what you get. Enjoy!]

This post is about the nature of quantities. The term ‘quantity’ can be used in a number of different ways, so let me clarify that I don’t mean it in the sense that is synonymous with ‘amount’ (as in “Harjit ingested large quantities of Bud Light Platinum”). By ‘quantities’ I mean those properties that are said to be “graded” or to “come in degrees”. Less roughly, quantities are properties which are more faithfully represented by mathematical tools like numbers, functions, or vectors than by the tools of first-order propositional logic (e.g. n-place predicates). What I have in mind are things like mass, charge, length, velocity, temperature, moral goodness, and spicyness. What makes a quantity, like mass or charge, different from a non-quantitative property like <being President of the United States> or <having a spherical shaped proper part> is that—using mass for example—to say that o has mass (instantiates <is massive>) is never the end of the story about o and Mass. Specifically, there is also a question of “how much” or “which” mass o has—a question we might answer by saying, e.g., “o weighs 2kg”.

END_OF_DOCUMENT_TOKEN_TO_BE_REPLACED 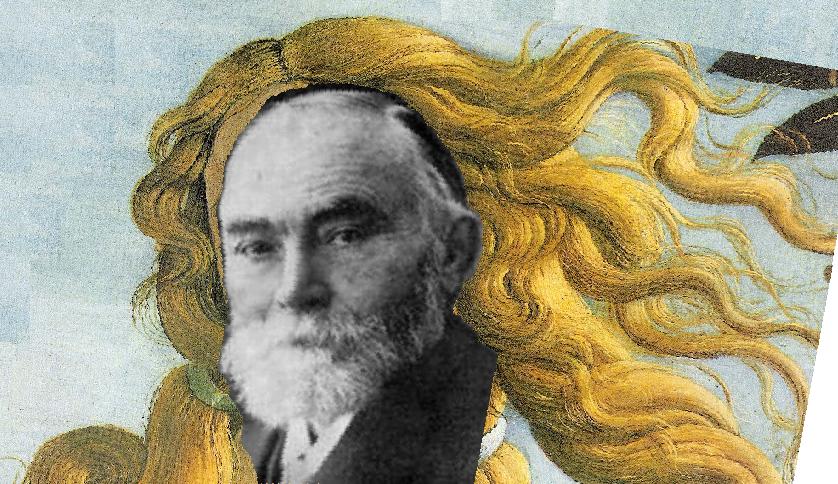